The holidays are a special time of year when warm and delicious smells fill the kitchen with love. This season, why not try something new and exciting? We’ve rounded up five of the highest-trending recipes for making your holiday extra special!

For those who are looking to spice things up, ethnic flavors like Mexican mole, Indian tikka masala, and Korean kimchi can be delightful additions to the traditional holiday spread. These recipes often call for ingredients like jalapeños, garam masala, or gochujang, so don’t forget your grocery list!

Another way to make this season different is by using unique cooking techniques like sous vide, smoking and fermentation. These methods can bring out flavors in food that you didn’t even know existed!

If you prefer a traditional holiday feast, try to make it your own by exploring cultural recipes from around the world. Recipes like Spanish paella, French coq au vin, or Italian lasagna are sure to impress your family and friends. 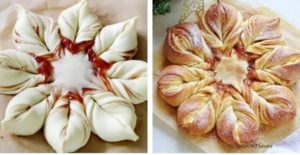 This holiday season, make your meals extraordinary with a little extra effort. With the right ingredients, cooking techniques and cultural recipes, you can transform your meal into something truly special. Happy Holidays!

Kitchen safety with kids is important. Children are curious by nature and will want to explore your kitchen. It’s important to take some precautions to ensure their safety while in the kitchen. In this blog article, let’s look at 8 suggestions to keep kids safe (even during the holidays) in the kitchen.

2. Keep Kids Away from Kitchen Appliances and Tools 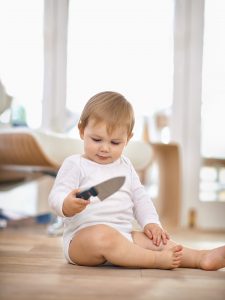 It is important to keep kids away from kitchen appliances and tools, especially during use. Kitchen appliances can be dangerous, especially if they are not used properly. Keep kids away from the stove, oven, knives, blender, and other kitchen tools. Sometimes it is very interesting for kids to stick their heads near the mixer to see food transform. Just be sure it is done safely. Adults should not text, watch TV or run to change a radio station while this is happening. Which leads me to #3…

3. Supervise Kids in the Kitchen

It is important to supervise kids in the kitchen at all times. Do not leave them alone in the kitchen, even for a minute. If you need to step away, take them with you. It is also important to make sure they are staying safe while cooking. Watch them closely as they cook and help them with any tasks they are not familiar with. Accidents only take a second. Please be vigilant. Avoid distractions. Distractions make recipes take longer anyway.

Keep your kitchen floors clean and free of spills and messes. This will help prevent accidents from happening. Sweep or vacuum regularly and mop as needed. Make sure to keep any cords out of the way so kids don’t trip over them. We joke with kids about falling over their things at night while heading to an unexpected bathroom break while sleeping. They get this!

It is important to use kitchen appliances properly to avoid accidents. Follow the instructions that came with the appliance and use caution when operating it. Do not put undue stress on an appliance – if it seems like it’s struggling, stop using it.

When not in use, store kitchen appliances safely out of reach of kids. This includes knives, blenders, ovens, and other appliances. Lock up any hazardous materials so kids can’t get to them. 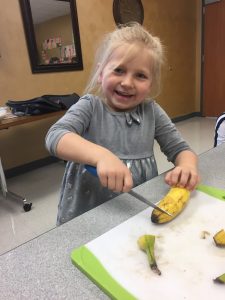 Kids should use appropriate cutlery when cooking – no sharp knives! Teach them which utensils are appropriate for their age and ability level, and make sure they are using them correctly. 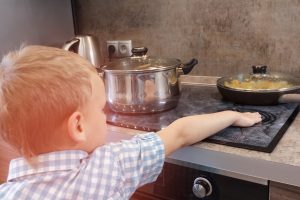 When cooking on the stovetop, use pots and pans with handles that extend away from the heat source. This will help keep you safe from most basic kitchen accidents.

Hope this short list helps. If adults keep these in mind, kids will be much safer. Discussing kitchen and food safety is very important and lets kids feel involved. Have fun and be safe. 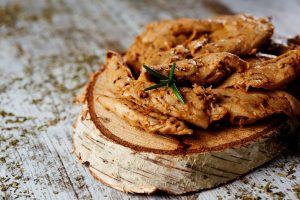 There has been lots of debate around the topic of fake meats. Some people swear by them, insisting that they’re the future of food and that there’s no comparison to the real thing. Then there are others who believe that anything other than meat from a living animal is gross and unnatural.

Are “Fake Meats” good or bad? Let us see the arguments so you may decide for yourself.

While I am for eating more plant-related foods, I probably will never become a full vegetarian. I love all kinds of food too much. Probably you do also. But I can’t dispute a Harvard study where vegetarians live up to 26 years longer than carnivores. (I need to find the link to the study).

Below are several links that delve further into explaining different aspects of fake meat.

Fake meat has been around since 1896, the first known plant-based meat product was called Nuttose. Kellogg created this term for the purpose of helping to stop Americans from eating so many heavy foods. What Kellogg produced was a meatless cheesy mass made out of peanuts that could be sliced, stewed, and hashed.

Oregon Chef Paul Wenner, in 1980 ground up some leftover vegetables and turned them into “gardenburger”. It was so popular that Wenner started selling his burgers out of a van. I don’t think this was accepted by Eastcoasters and the Midwest. I did try this product and it was not to my liking at all.

By the 1990s, other companies wanted in on the increasingly lucrative fake meat industry. They made products out of soy, rice, wheat, and mushrooms. Most of them looked and tasted like salty cardboard.

Proponents of fake meat claim that it is better for your body. Most experts agree because most meat alternatives have fewer calories than animal products – but they are also highly processed and contain absurd amounts of sodium and preservatives.

In the past decade, companies have been racing to make the bloodiest, meatiest product. “bleeding” faux meats, like Impossible Burger, are made of genetically modified soy proteins. A lot of people wonder if these highly processed products are actually better for people or the planet.

Producing a Beyond Burger, for example, uses 99% less water, 90% fewer greenhouse gasses, and 46% less energy than making a beef burger according to the university of Michigan Center for Sustainable Systems.

Still, anything that comes in a shiny package also comes with a carbon footprint, and the reality is that fake meat has always been more of a marketing gimmick than a nutritional plan.

Most experts think the best thing for your body and the planet is to eat a plant-based diet high in whole foods and low in processed foods, including fake meat.

I don’t know who still needs to hear this, but we are literally born onto a planet that grows food.

If you want to know more about the recent history of fake meat, here is a handy timeline and some context on the ancient origins of meat alternatives.

If you want to learn more about what scientists think of fake meat, check out this research published in the Journal of the American Medical Association, “Can Plant-Based Meat Alternatives Be Part of a Healthy and Sustainable Diet?

If you want to know more about how your food choices impact your health and the health of the planet, there is a growing movement to create a Planetary Health Diet known as “PHD”. To join the movement check out these resources:

I have not yet mentioned this new science thing where meat cells are being replicated in a lab to create all kinds of meat, fish, and poultry. While I am interested in learning more about that kind of thing, I still don’t like the idea of my food being messed with. Science has had a huge hand in our ingredients by taking what consumers like and finding ways to promote those qualities. Honestly, as a chef who celebrates food, I would rather educate on the foods the way they were if left alone.